The NPA allegedly arrived in the town onboard two forward trucks armed with high-powered firearms, dressed in military fatigues and used yellow strips of cloths as head band/countersign and several of them are noted to be women.

Initially, the PNP seized one (1) M60 light machinegun, two (2) M16 rifles, one (1) M14 rifle, killed three (3) CTs (1 in front of PS and 2 at the back) and captured one (1) CT in the person of  one Aljon Tamuyang Cardenas, 18 years old and a resident of Brgy. Dawo, Calbayog City, Samar who is now under the custody of Victoria MPS for proper disposition.

“I am directing all PNP personnel to always be extra vigilant and alert in their tour of duty within their jurisdiction to preempt similar attacks,” RD Carlos added. 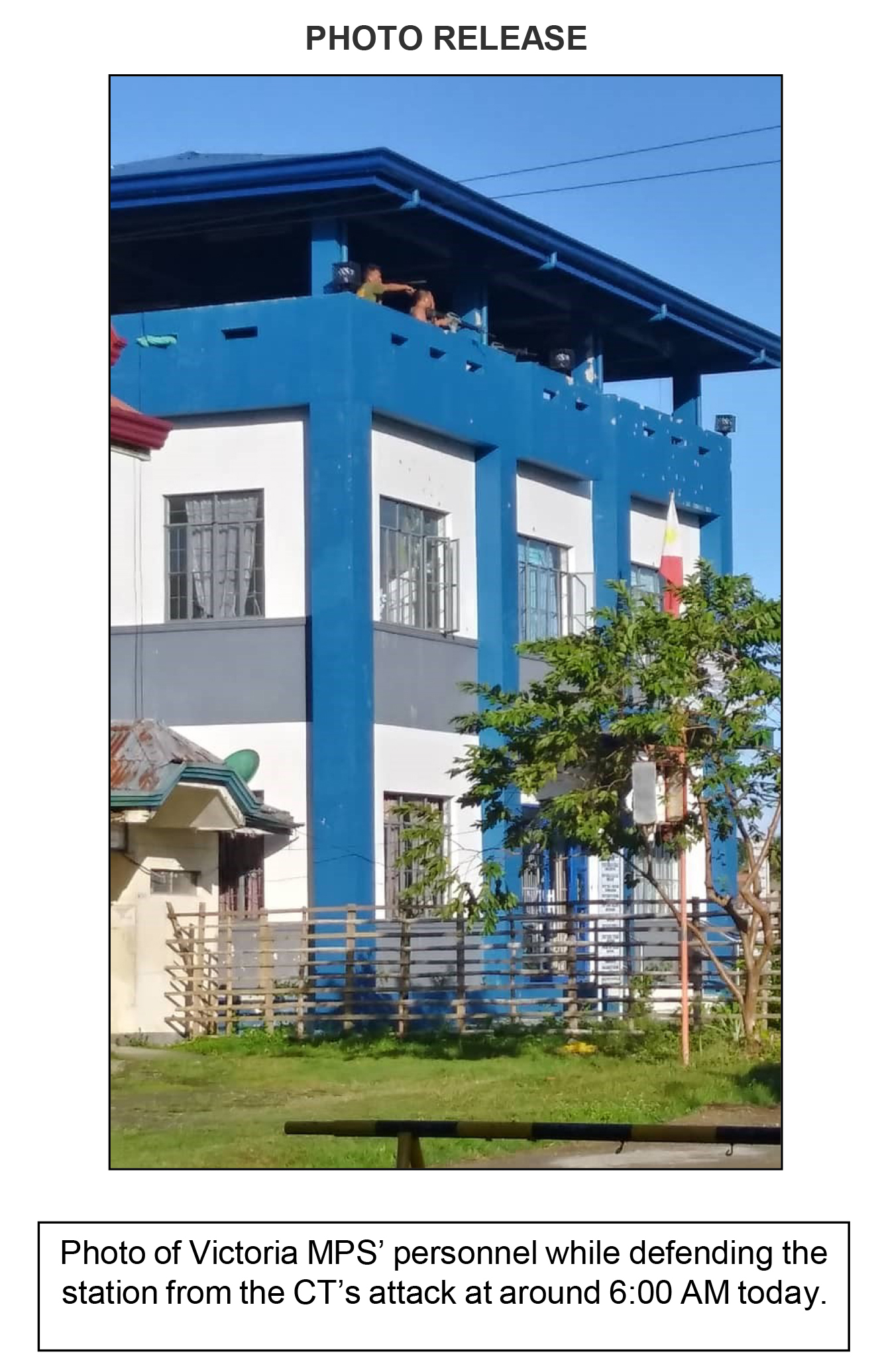 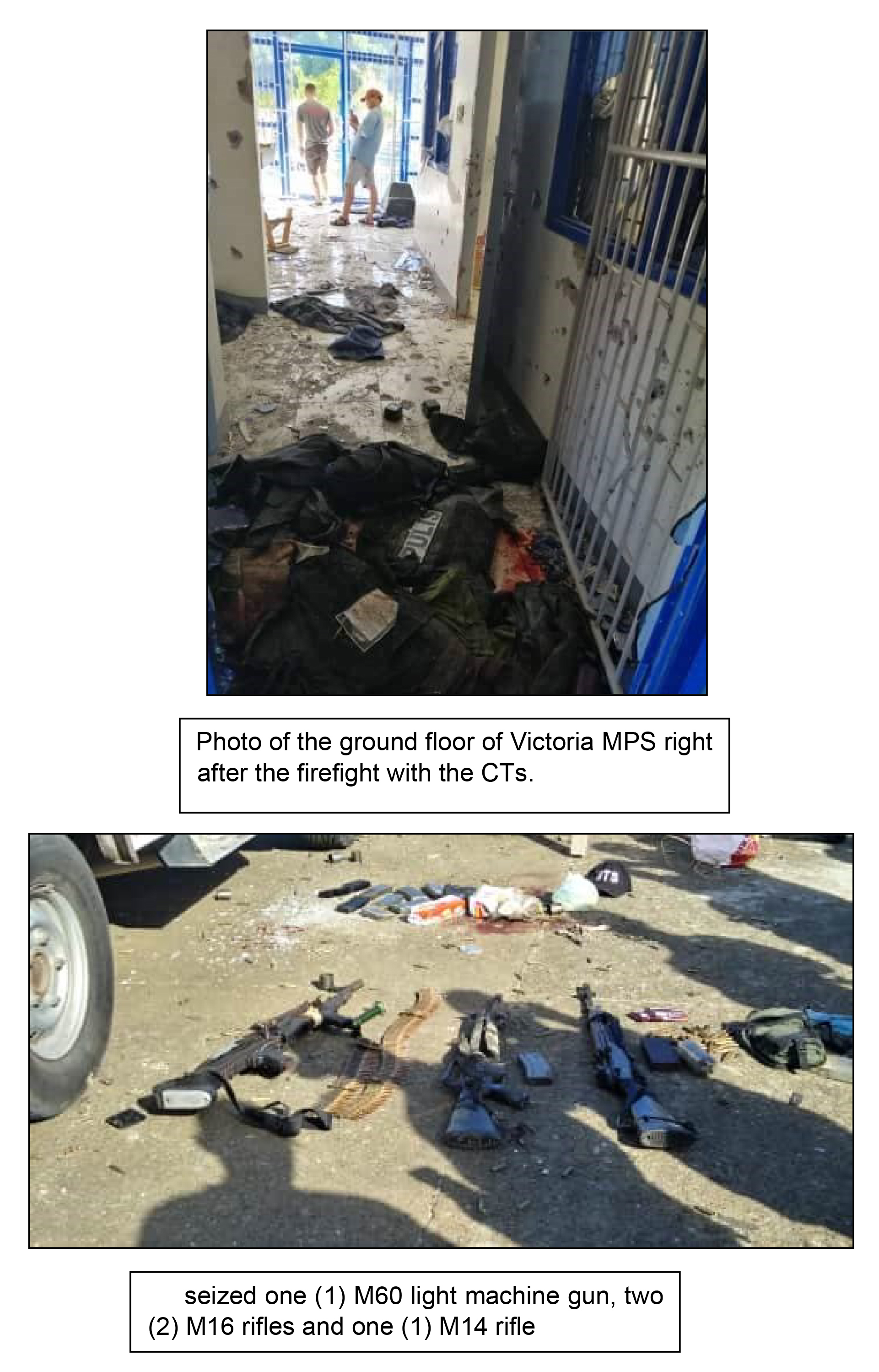 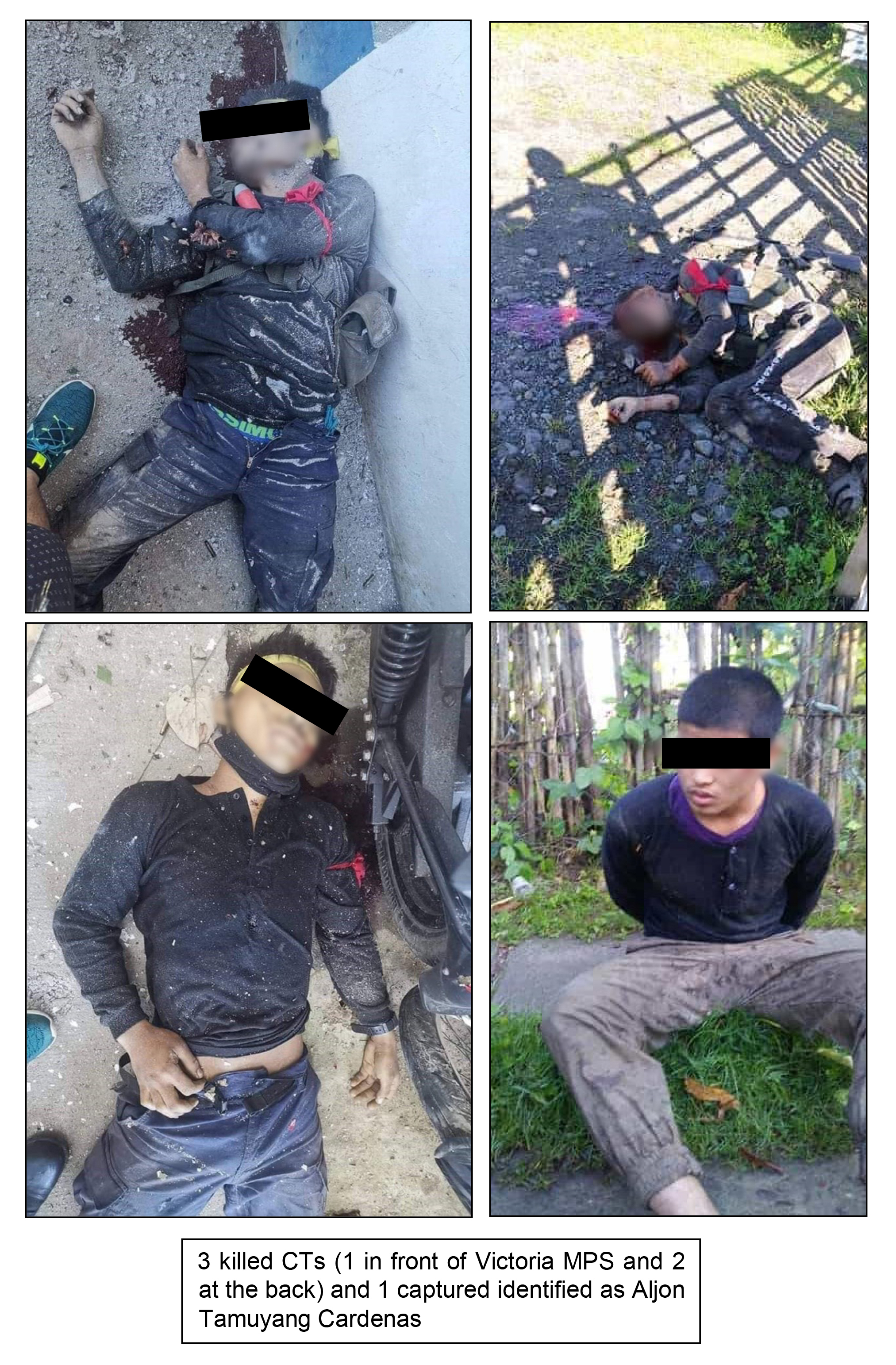