RD Carlos first inspected the New Bus Terminal in Brgy. Abucay, Tacloban City at around 11 AM where buses coming in and out of the region is situated. Some of the problems encountered and raised by the passengers were insufficient number of buses and the hot weather.

RD Carlos then went to the public utility transport terminals such as Vanvans, Duptours and Grandtours in Tacloban City proper in which he noted that most of the terminals are well-organized and prepared for the volume of motorists and travelers this Lenten season.

It is expected that the number of passengers will increase until evening today as it is the last working day.

Insofar as safety and security, PRO8 has no security threats at the moment but still Samar provinces are all on full alert status while Leyte is on heightened alert.

Moreover, RD Carlos has already tasked the provincial directors to conduct security inspections all over EV which includes putting up of “Police Assistance Desk” and “Motorists Assistance Hubs” on strategic locations and areas of convergence. He also assigned area supervisors on all the provinces.

“We can’t avoid travel-related incidents but the least that we can do is to minimize the number of incidents,” PBGEN Carlos stated. 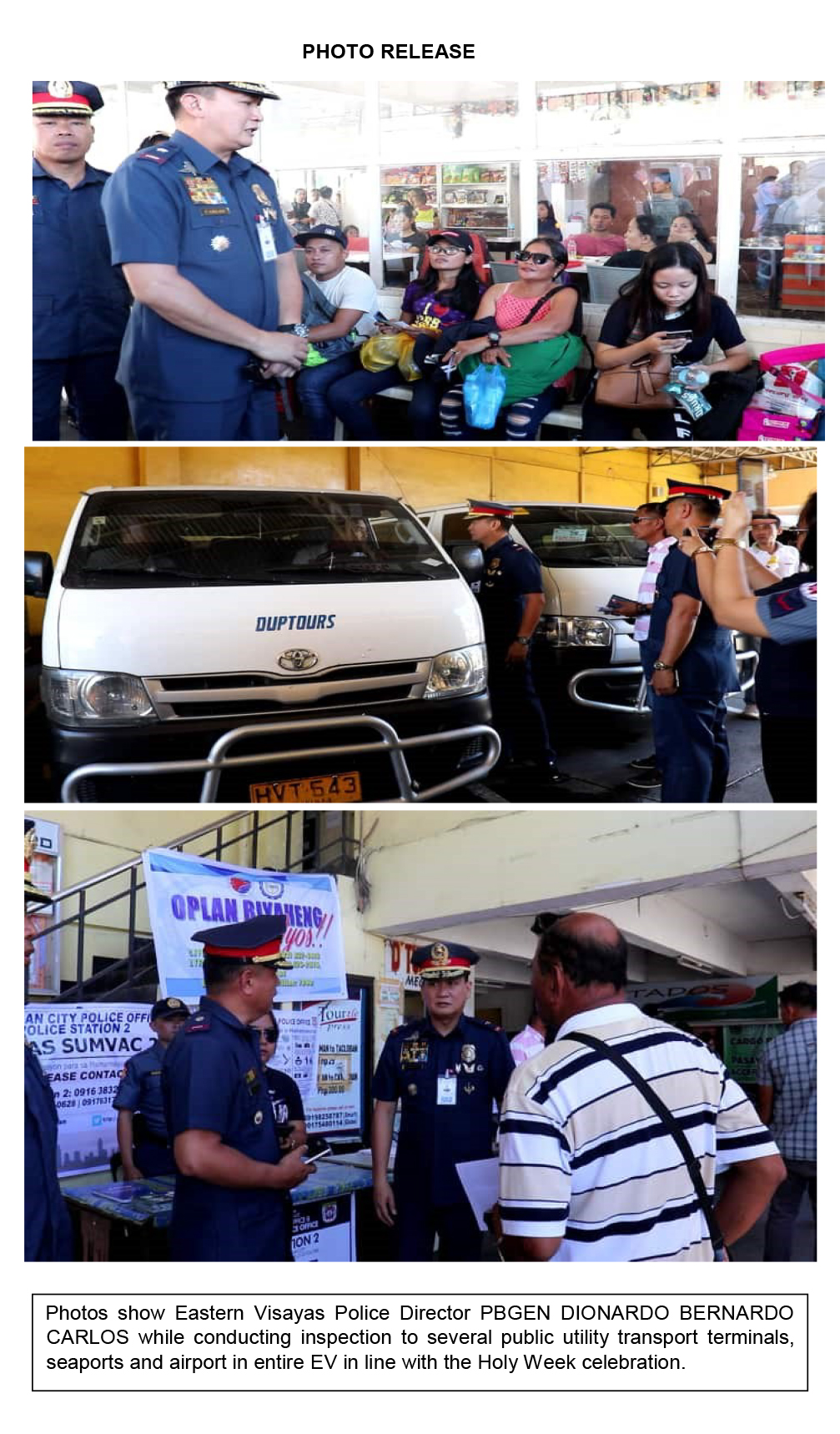