Said peace rally showed the earnest desire of the people of Matuguinao, Samar to have a peaceful community with the fervent hope of eradicating armed conflict in their place.

The activity started with a parade wherein the participants hoisted banners and placards bearing messages of peace while marching along the main thoroughfares of Matuguinao. They likewise expressed their staunch support to the government’s peace programs, good governance, economic development, security and anti-criminality programs and activities.

“The PNP is firm and steadfast in its support in the campaign towards peace and in the eradication of insurgency in the Province of Samar, but, we really need the cooperation of the community. The local government and the community as a whole have a significant role in achieving long-lasting peace,” says PCOL ANDRE P DIZON, Provincial Director of Samar PPO. 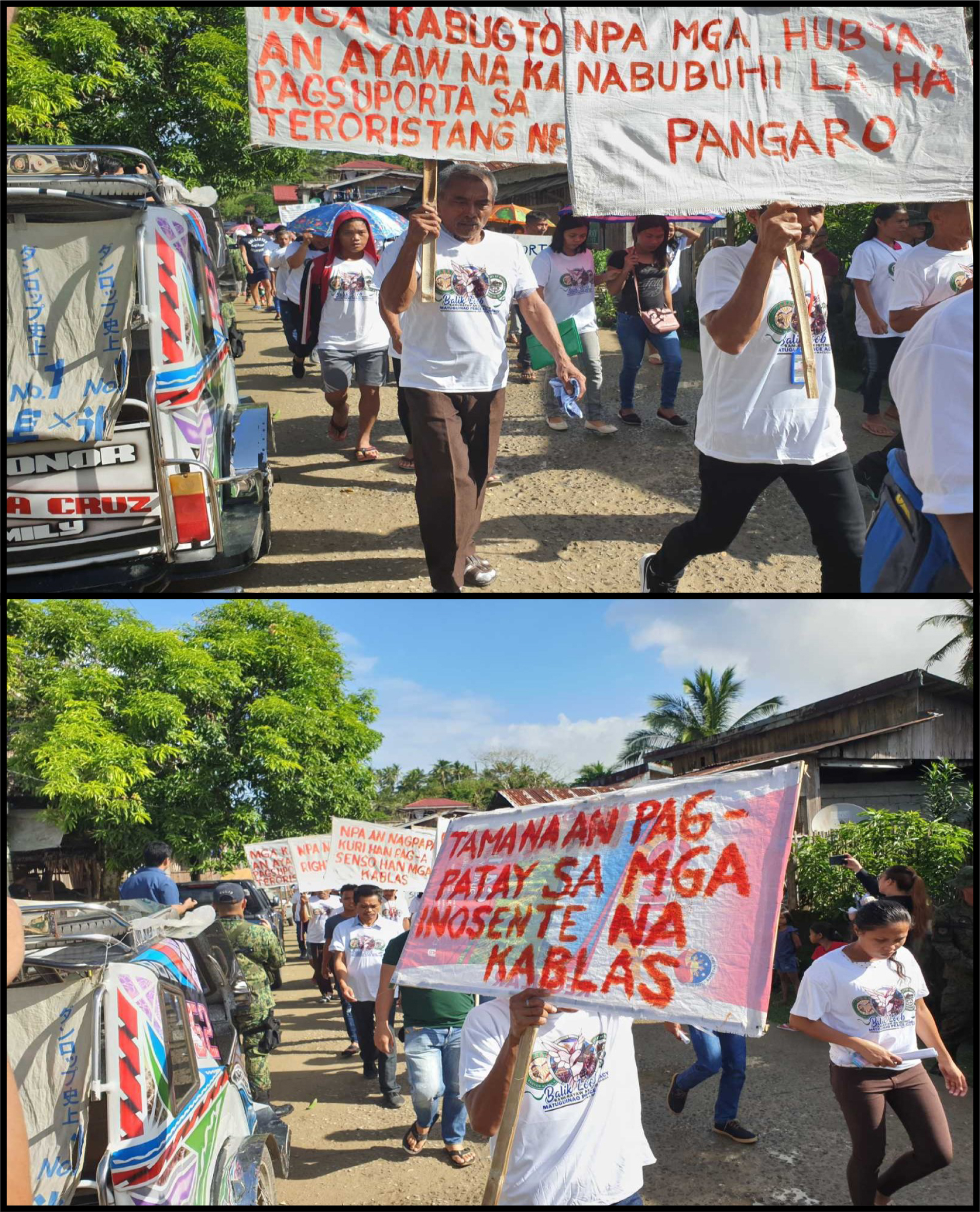 Photos show the Peace Rally with a theme, “Balik Loob, Kamurayaw an Itindog” which was held at Poblacion, Matuguinao, Samar on January 20, 2020.