The Chief, PNP was accorded with Arrival Honors by the men and women of PRO8.

In line with his Command Visit, the Chief, PNP was the Guest of Honor and Speaker during the Inauguration and Blessing of the newly constructed Regional Legal Office 8 (RLO8) building. Likewise, he officiated the Blessing and Turnover of one (1) Unit Ambulance Vehicle to the Regional Health Service 8 which was donated by the Public Safety Mutual Benefit Fund Incorporated (PSMBFI).

Moreover, PGEN GAMBOA also presided the Command Conference attended by the different Directors of the Directorial Staff (D-Staff) of the National Headquarters, PNP; the PNP PIO; and other Directors of National Support Units. Also in attendance were the PRO8 Command Group, led by PBGEN DIVINA, members of the Regional Staff, Provincial and City Directors, Chiefs of Regional Support Units and selected Chiefs of Police.

The unveiling of Camp Master Development Plan (CMDP) immediately followed after the conference and the Handover of Documents to the Chief PNP, PGEN GAMBOA, by the Southern Leyte Provincial Government through their Governor, Hon. Damian G Mercado, Vice-Governor Christopherson Yap and Board Members relative to the LGU’s commitment to procure a lot for the construction of an Aircraft Hangar at Brgy. Panan-awan, Maasin City, Southern Leyte, where helicopters will be assigned to address emergency cases in times of disaster.

As a Tradition of a Commander talking to his men, PNP Chief Gamboa emphasized that the hallmark of his present administration is on the “no take policy” in whatever form of material or monetary consideration, and to restore the importance of proper decorum as a Police Officer and as a public servant. “Simulan muna natin ang pagbabago sa ating mga sarili.We cannot implement the rule of law if we ourselves violate the law,” he says.

Lastly, PGEN Gamboa commended the leadership of PRO8 in implementing the directives and initiatives for a cost-efficient utilization of funds and resources most especially in the repair and maintenance of mobility assets. He took pride of PRO8’s ingenuity which, according to him, he saw with his two eyes which should be replicated by other Regional Offices making PRO8 as a fitting example.

At about 3:00 o’clock in the afternoon, the Chief PNP and the D-Staff led the “PULISTENIKS/Taebo” at the PRO8 Grandstand which was participated in by all personnel of PRO8. The activity was capped with a Thanksgiving Mass at the Immaculate Heart of Mary Chapel followed by a simple Fellowship Night at the Matapat Hall. 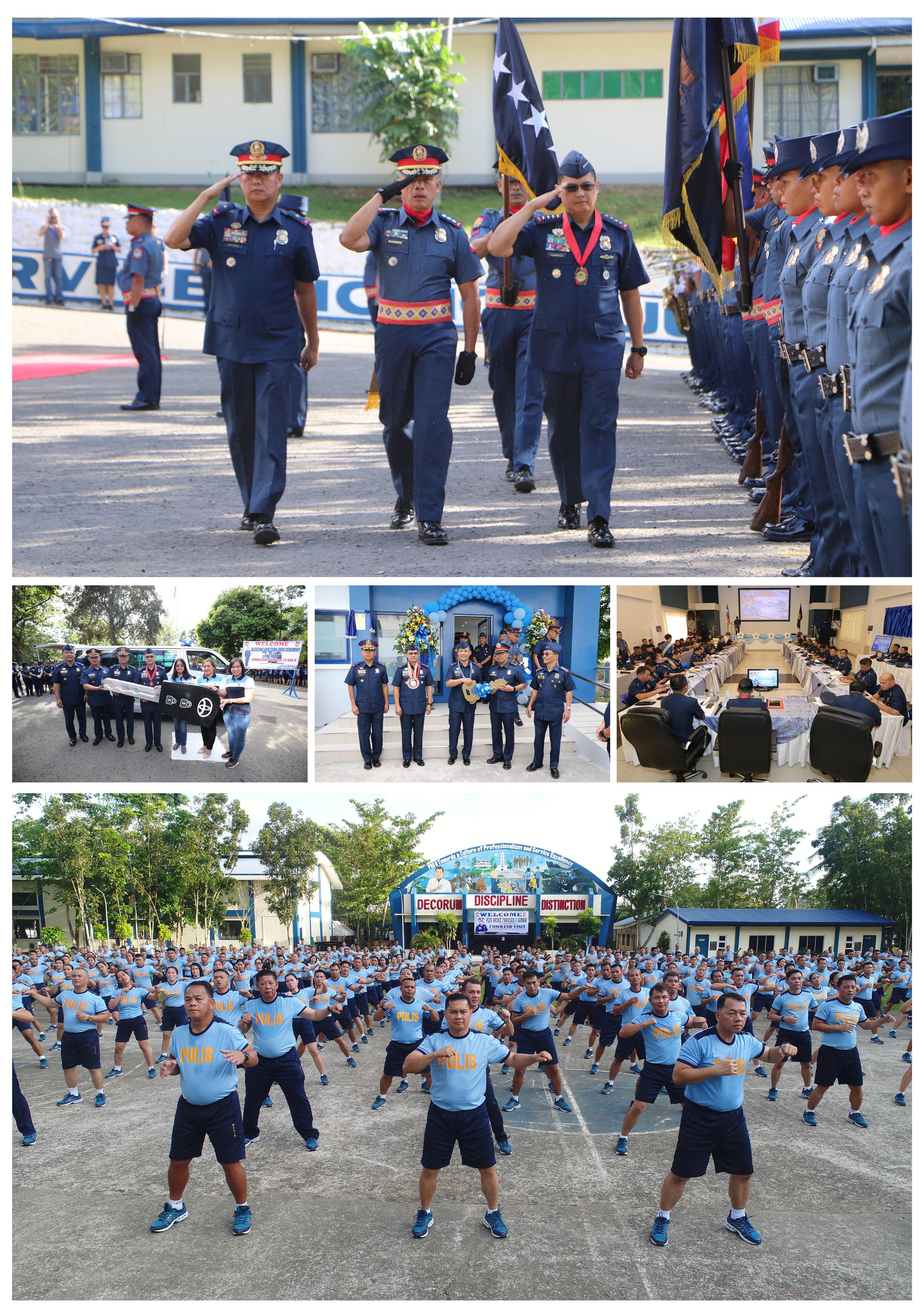