The campaign is an initiative of the DILG to promote the culture of discipline among Filipinos in its quest for better governance in partnership with the Local Government Units to include Rotary Clubs, Junior Chamber International Philippines of Commerce, Faith-based organizations, Academe, Media and other key partners in the private sector.

In his speech, GOHS Dir. Rimando emphasized the value of discipline within the organization to efficiently carry out their mandated tasks as police officers. Also, he stressed out that as officers, they must exude discipline and grace within their ranks. “Kailangan po nating magsama-sama. I believe that with the strength of your premium resource, your personnel will be able to promote the pillars of “Disiplina Muna” in all communities in this region.”

Highlight of the ceremony was the signing of the Pledge of Commitment where they expressed their commitment towards the realization and success of the said advocacy. Other stakeholders were also in attendance, including the media represented by Roel Amazona, President of the PRO 8 Press Corps, CNN Philippines/Leyte Samar Daily Express Correspondent.

“With this campaign, I firmly believe that discipline is the key to success and a shared responsibility to attain a peaceful Eastern Visayas,”says RD Balba. 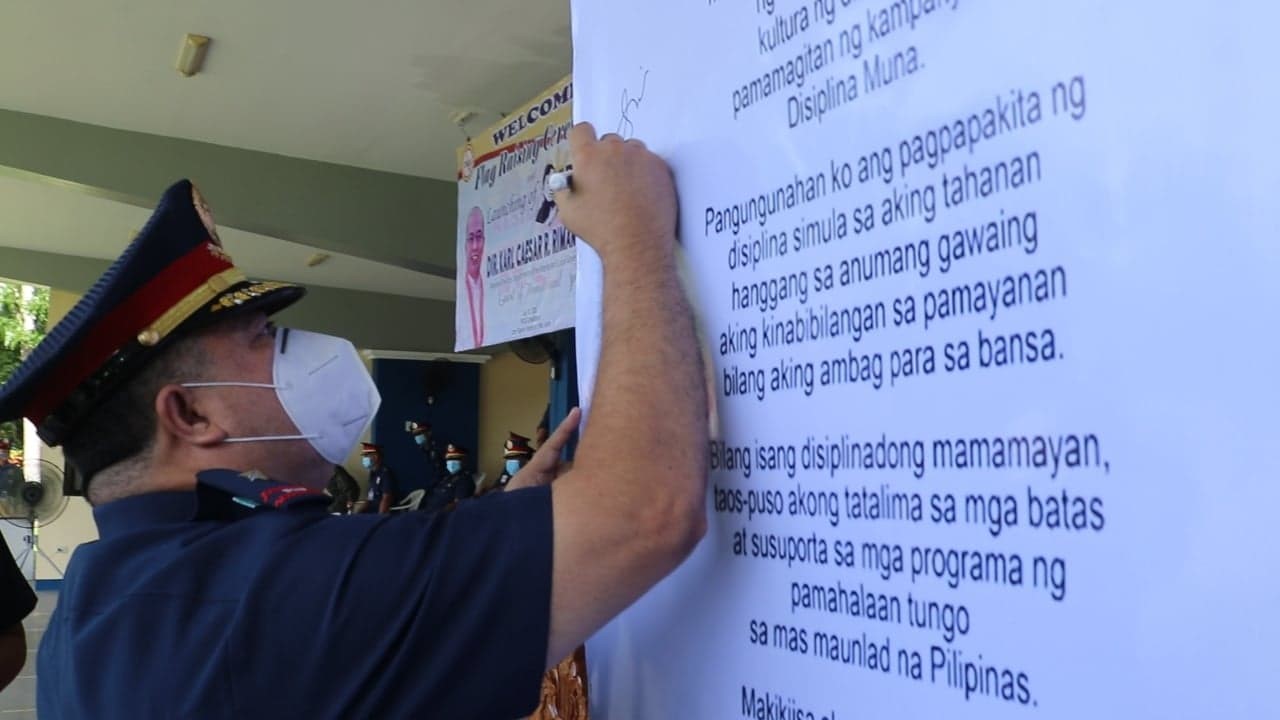 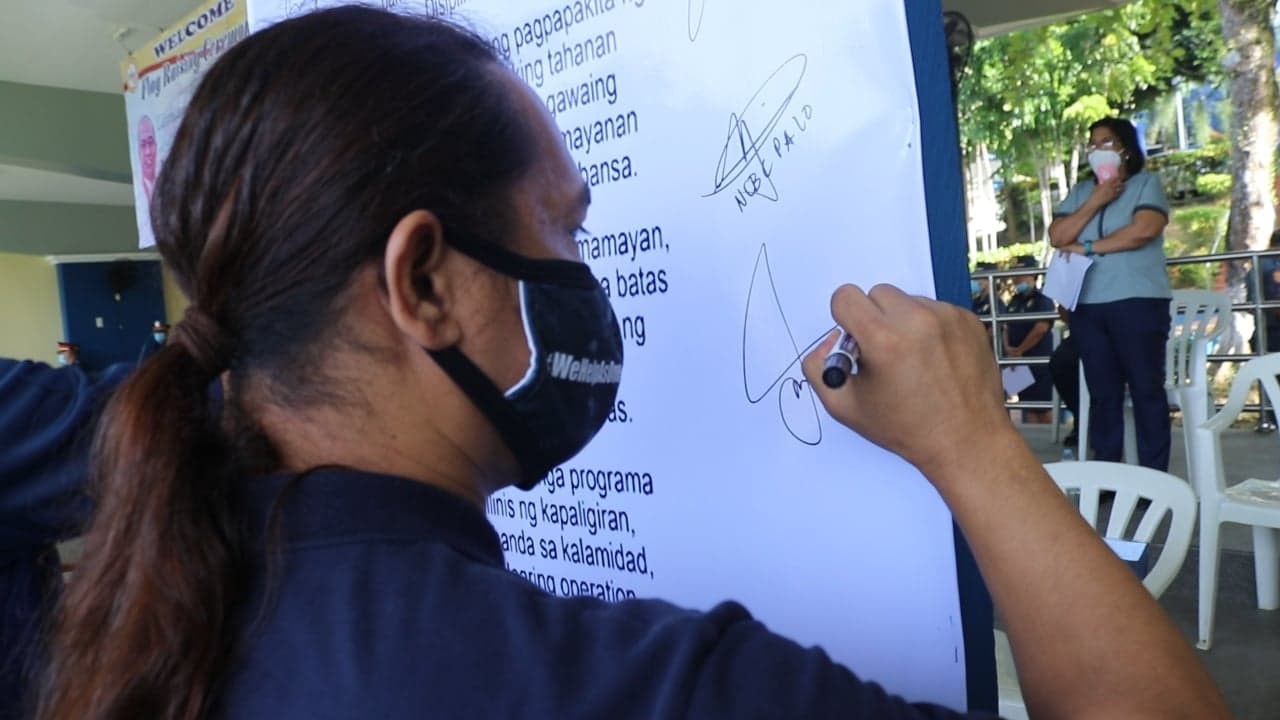 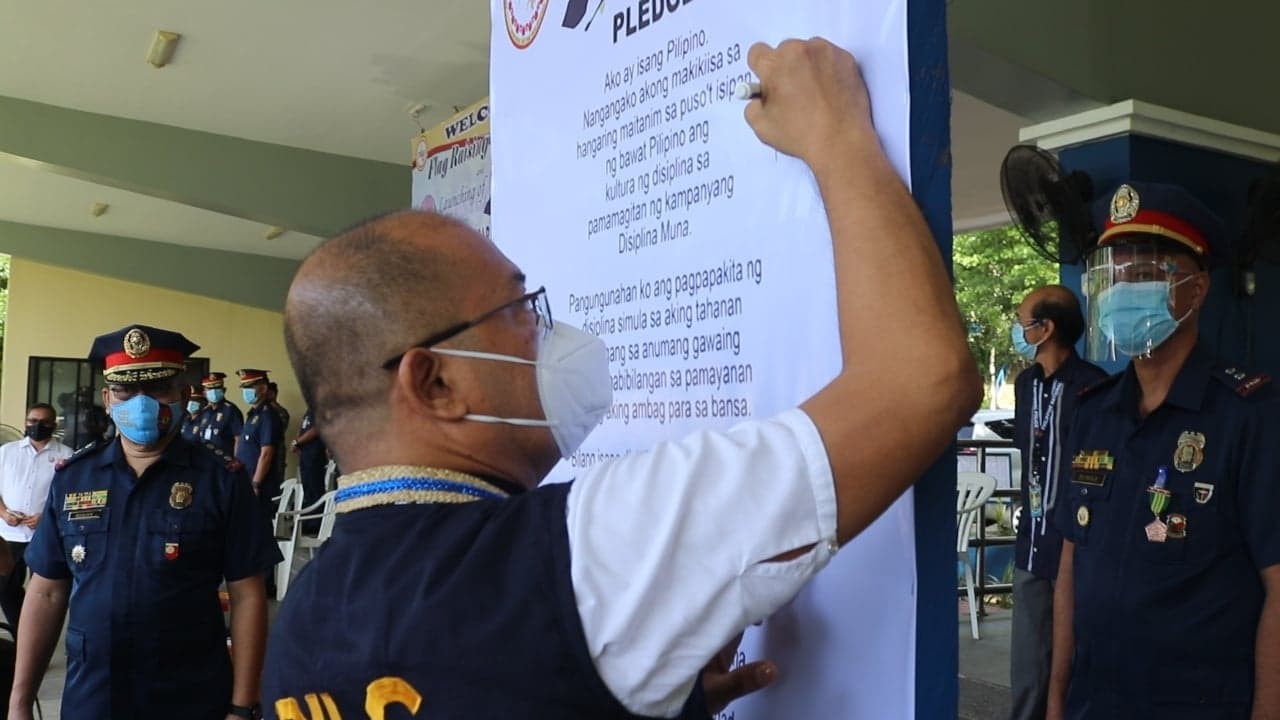 Photos show PBGEN MARVIN MANUEL P PEPINO, Deputy Regional Director for Administration (DRDA) as he signs the Pledge of Commitment as one of the highlights in the launching of “Disiplina Muna Advocacy Campaign” together with the Guest of Honor and Speaker Dir. Karl Caesar R Rimando, CESO IV, Regional Director, DILG and other stakeholders at the PRO 8 Grandstand on July 13, 2020. 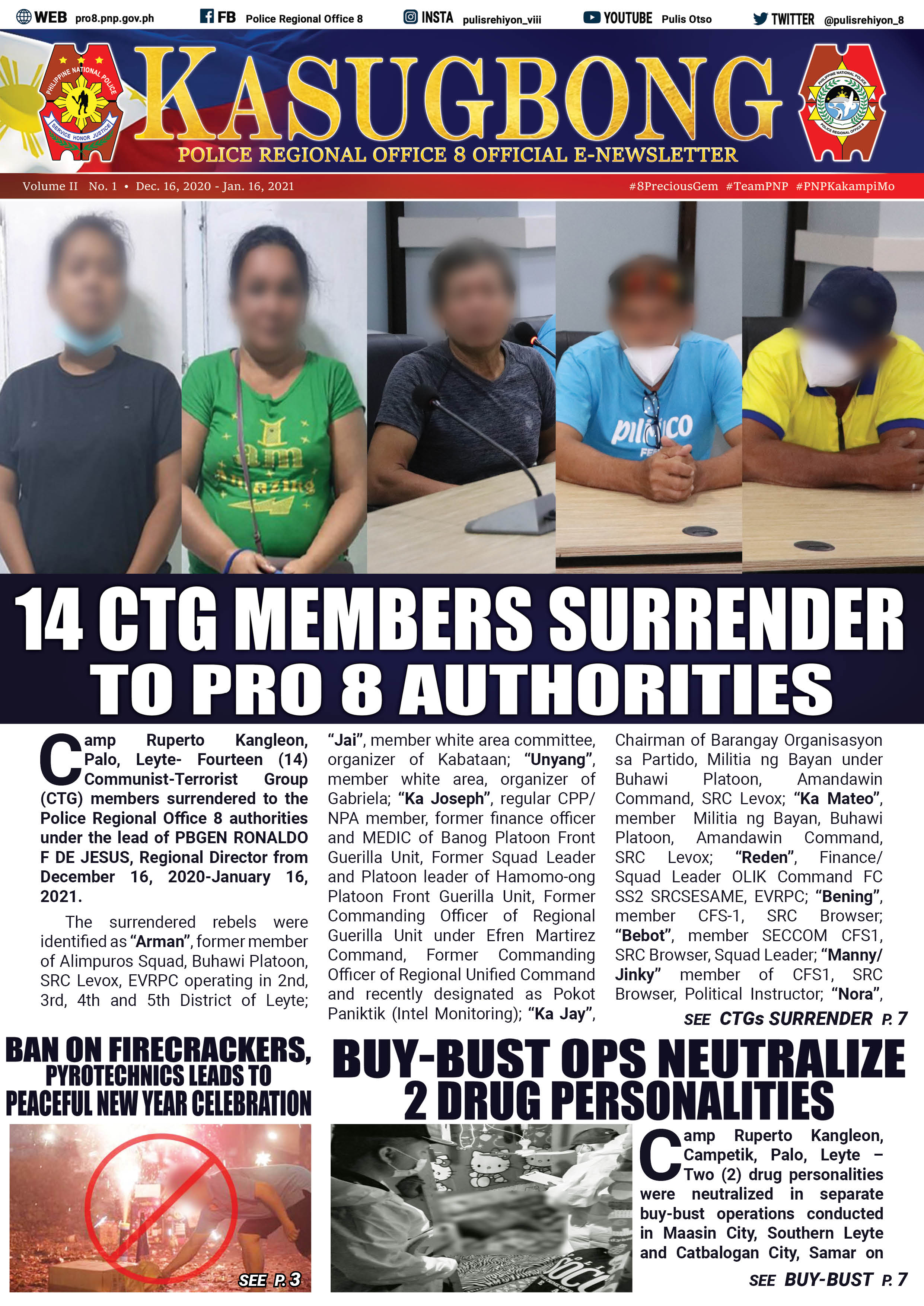